At our La Carbonera winery we produce Rioja Alavesa wines of the best quality in a landscape of 70 year old vines. The name of the winery comes from the iconic La Carbonera vineyard located in the municipality of Labastida. The word carbonera brings to mind the coal stone and the mines dug under the earth. The logo is a testimony of the vineyard’s past: the grapes used to be pressed using wooden presses.

The name Las Pisadas evokes the vinicultural traditions of Rioja Alavesa. Our ancestors carved stone presses, known as lagares, into the rocky slopes of the sierra where they pressed grapes harvested from wild vineyards. They left an indelible mark on the landscape that is now home to our winery. 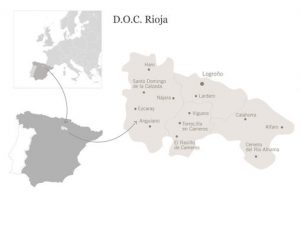 The name of this land comes from the river that crosses this region: the OJA River; hence the name RIOJA.

Evidence of vine cultivation and wine production dates all the way back to the 2nd century B.C.  Later on, the Romans also cultivated the land yet it largely proliferated following the Christian Reconquista. At the beginning of the 20th century, La Rioja did not escape the devastating phylloxera plague that sank many farmers into ruin. After that black epoch, La Rioja re-planted its vineyards and came out ahead.  The culmination of the efforts of the vine growers and wineries throughout all of that time came in 1991 when La Rioja became a Qualified Designation of Origin. Nowadays, most of the vineyards are located at between 300 and 900 metres in altitude. This wine-making region is divided into the Lower La Rioja, the Upper Rioja and La Rioja Alavesa. The latter two enjoy a cooler climate whereas the first has a more Mediterranean climate. La Rioja wines are currently exported all over the world and its red wines have earned many international awards and words of recognition. 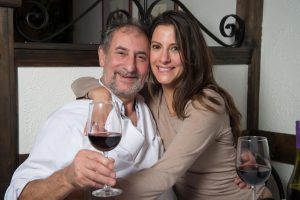 Chef Carlos Rivero at Don Quijote with his daughter Lisa

A traditional grape with an intense black colour and a hard skin. It is used to make wines of excellent ageing, moderate fruit acidity and pleasant aromas.